On My Stay in Chicago and On Coming Home to Israel

On My Stay in Chicago and On Coming Home to Israel 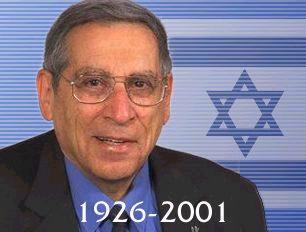 My stay here, in Chicago, was an eventful one. Lots of things happened: some positive and some negative, but overall, I enjoyed my stay here. The worst thing to happen was my grandma’s passing. My mom is still having a very difficult time adjusting to the new reality of not having her mother by her side. She (grandma) was sick for a very long time, but we all got used to her being there for us whether she was sick or not. It was definitely a very difficult experience.

The best thing that took place while I was here was having an opportunity to see all my friends, especially an old buddy of mine whom we reconnected with after a 3-year hiatus. We spent several days hanging out in a variety of cafes around Chicago and Skokie, doing some studying (I loaned a few books from the library), watching movies, and playing b-ball and tennis. I ran a bit, but not as much as I was running in Israel and definitely not as much as I hoped to run while here.

As a side-note, I’m probably going to move back to blogger unless something drastic happens, and I figure out how to use WordPress. Honestly speaking, it’s been a big hastle for me. I’m pondering watching the presidential debates tonight, but the NY-Detroid game sounds awfully enticing as well. What a decision: presidential debates vs. ALCS!

Job-wise, I’m hoping to start covering Israeli current events and daily life in Israel for “Reklama,” a local Russian language newspaper. I’ll be placing my articles here as well. I’m also looking into writing for the JPost blog. We’ll see how that goes.

I feel a little guilty that I ended up not voting in the American elections. I’m a big Romney fan and hope he gets elected, but I just wasn’t able to print up all the documents for the absantee ballot. It was harder than I expected, and I ended up passing on the whole thing altogether. Hopefully, Illinois will eventually become more balanced and my vote will make a difference in future elections.

I’ve begun thinking that maybe Obama isn’t as bad for Israel as I’d thought all along. I doubt that the election results will make a big difference as far as the Arab-Israel conflict. While Obama is a complete imbecil when it comes to foreign policty (note Libya and Egypt), his position vis-a-vis Israel has been relatively even-handed one and while I realize that America is supposed to be our ally, it doesn’t really owe us anything.

Finally, today marks the 11th yortzeit of the murder of Rehavaam Ze’evi Ghandi (H”YD). I didn’t know him personally, but I do know that he was a tremendous inspiration for thousands of young Israelis, a big-time Zionist, a former Palmach fighter, a reserve duty general, and an advocate of transfering the Palestinian Arabs. I don’t agree with this premise anylonger, but you can’t take anything away from someone who died al kiddush HaShem, sanctifying the Name. May his memory be a blessing!

With this, I leave Chicago in expectation of great things to come in Israel. Please stay tuned in for more posts…

On Yogurt and Life (or should it be “On Life and Yogurt?”)

I'm Eitan, a prolific blogger with interests ranging from US pop culture and sports to Israeli politics. An engaging writer who channels his creative genius to cook up a colorful stew of some rather interesting, always-provocative posts.
View all posts by Eitan Divinsky →
« New Poem (Unfinished)
I Was Blind feat. Binyamin »